Trojan FC welcomes its first Director of Coaching, Bryan Alcantara, to its inaugural staff. Bryan comes to us with a plethora of high-level coaching education experience, and his life’s work is dedicated to the development of coaches to stand above the rest. Bryan most recently served as the Coach Education Manager of the New York Red Bull’s Youth Training Programs, where he oversaw the gradual development of over 100 coaches, spanning across the New York/New Jersey area. 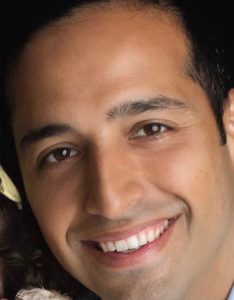 Bryan, a USSF B license coach currently serves as a US Soccer Coaching Instructor, as well as teaches coaching courses for United Soccer Coaches and the National Soccer Coaches Association of America. Bryan is also in the process of completing his USSF Director of Coaching license as well.

A lifelong soccer player and fan, Bryan began his soccer career at age 18 as a longtime grassroots coach with Coastal Soccer, which would later become SUSA FC, one of the largest youth soccer clubs in New York, after his departure. He spent 6 years with Coastal Soccer, honing his craft and being mentored by some of the game’s best coaches and instructors. At age 24, he would become the Director of Coaching at Hicksville Soccer Club and this is where the passion for leading coaches began for him. He learned from a young age that mistakes are how kids and coaches grow and develop, and that how we feel people learn in sports today is not the same as how they learned 20 years ago. This led Bryan to eventually found Nou Soccer.

Nou Soccer was a company built to serve the demand for comprehensive coaching services in the community from 2009-2015. Bryan, and carefully selected coaches, had been working with over 30 travel teams across 4 different communities. Bryan created a consistent philosophy and methodology across all programs, and provided supplemental clinics, camps, team training and futsal programs for all clients.

Bryan would then go on to be the Assistant Director of Training & Development Programs for the New York Cosmos, where he oversaw the growth and development of the Cosmos’s youth training programs and academy, from its infancy to the world class organization it has become today. He not only grew the New York Cosmos as a business, but managed to lead the way in making them a premier youth soccer academy in the Greater NY Area as well as the US Soccer Development Academy. Notably, during his time with the New York Cosmos, Bryan coached their U12, U13, and U14 academy boy’s teams during the US Soccer Development Academy’s inaugural season, as well as assisted the NY Cosmos B team and First Team on occasion.

Bryan is highly passionate about the development of youth soccer players and youth soccer coaches, and we couldn’t be more proud to have such an experienced DOC on staff to lead our coaches and players. He will develop a curriculum designed to challenge our players to the best of their ability, leading to great success on the training pitch and on game day. He will also work diligently with our coaching staff to assure they continue to develop and grow to the best of their ability, providing our players with the best support staff at all times. We are excited to launch this coming June knowing Bryan will be by our side.